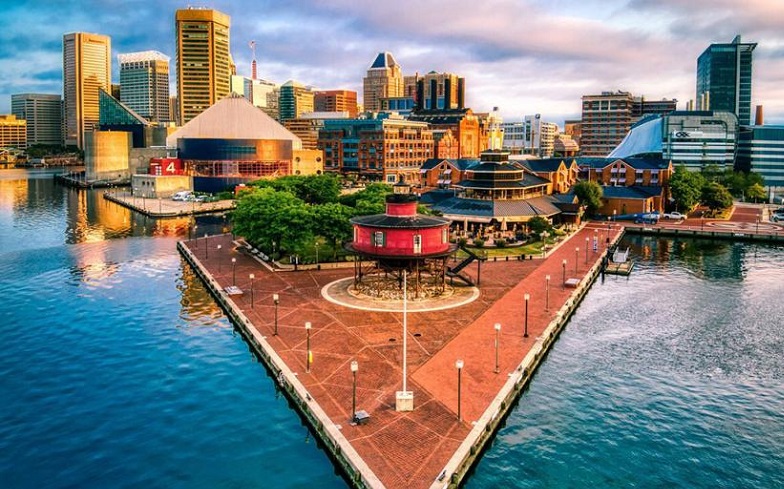 Baltimore, the biggest autonomous city in the US, has attractions for all types of tourists. Spend your days learning about history in the city that gave birth to America’s first railroad. It is rich in culture and traditions. Take a water taxi from the Inner Harbor to Fort McHenry to visit the site where the country’s anthem was conceived, enjoy the city’s top museums, or unwind in Baltimore’s most beautiful gardens. Visit the birthplace of the greatest baseball player, Babe Ruth, and the Edgar Allan Poe memorial grave if you enjoy reading or sports. By nightfall, visit a neighbourhood restaurant for the best crab dishes and a taste of Baltimore’s legendary nightlife.

Everyone enjoys visiting the Maryland Zoo, but small children especially do. There are 130 different species there, including flamingos, lions, elephants, giraffes, and white rhinoceroses. Visitors can participate in feeding and training sessions with the African penguins, perhaps of the zoo’s most well-liked residents. The zoo also provides unique interactive feeding opportunities with goats, tortoises, and giraffes. Why not visit and get to know the animals.

In search of a good way to experience Baltimore? The best method to learn about a new city is through scavenger hunts. Utilize an app to show you some of the most well-known places as well as a few hidden gems. Deciphering clues and providing answers while competing against one another or working as a team. A scavenger hunt is a fantastic method to play games while learning about the history of the city.

One of the most entertaining methods to get between city attractions is by water taxi. Similar to a bus service, the open-air water taxis go along several routes within the port. Taxis have been a fixture of Baltimore Harbor for more than 40 years, and both visitors and locals use them. Popular locations served by the taxis include Maritime Park, Fort McHenry, and Fell’s Point. To use the cabs as often as you’d like, you can either pay for a single journey or pay per day.

On your trip to Baltimore, are you looking for an experience that will definitely stand out? Get a unique perspective of the city by taking a helicopter tour. View notable locations including Oriole Park, the Inner Harbor, and M&T Bank Stadium as you soar over downtown and Northwest Harbor. Alternately, go on an aeroplane tour and get to pilot the aircraft yourself while being supervised by a licenced pilot. The most exciting way to experience Baltimore must be this.

Literary enthusiasts, especially those who enjoy horror and the macabre, must pay a visit to Edgar Allen Poe’s grave. When the author’s famous poem “The Raven” was published in 1845, it immediately won him praise. Poe was a pioneer in his area and one of the most well-known writers in the country, but during his lifetime, he was best known as a literary critic. The modern detective fiction is credited to his novel “Murder at the Rue Morgue.”

The land of Baltimore is well connected with Airlines flights so that you can easily book your ticket.

Indoor skydiving has to be among the most enjoyable activities in Baltimore. This is absolutely for you if you’ve ever wanted to skydive but were unwilling to do it out of fear. Feel what it’s like to fall free in a vertical wind tunnel. After receiving instruction from a knowledgeable instructor, practise your movements in the wind tunnel. Both novice and expert skydivers will find this to be great.

With a height of 405 feet, Baltimore’s World Trade Center is one of the city’s highest structures and offers some of the best vistas. Additionally, it is the world’s tallest regular pentagonal structure. On the 27th floor of the structure, Top of the World, its observation deck, offers 360-degree views of the city. Views of Federal Hill Park, the Inner Harbor, and the downtown area are available from the tower.

8 The culinary highlights on a food tour

Crab dishes and steamed crab are very popular in Baltimore, and crab cakes may be found on almost every menu. Another now-famous Baltimore treat is the pit beef sandwich, which mixes smokey roast beef, mayonnaise, and raw onions. Explore some of the neighbourhood restaurants to get a sense of what the city has to offer. Visit the many quaint eateries serving Baltimore’s finest cuisine. You should not skip this tour.

The American Visionary Art Museum honours the creativity of self-taught artists and their works. You can find uncommon and one-of-a-kind artwork by artists who pursued their own intuitive creative paths in this entertaining museum. The museum offers 67,000 square feet of exhibition space and 4,000 artworks in its permanent collection. Visit this wonderful museum filled with people’s eccentric and creative works.

10 Puzzle-solving in an escape room

Families and groups of friends can have a lot of fun participating in escape room challenges. Before the time runs out, work together to decode hints and resolve riddles. These enjoyable mystery games will put your physical and mental abilities to the test. Rooms with a Baltimore motif are available. Discover a mob conspiracy, board an 18th-century ship, or enter an Edgar Allan Poe story. Everyone can have a best time here.

There are several entertaining interactive displays at the Maryland Science Center. One of the country’s first science institutions, it was founded as the Maryland Academy of Sciences in 1797. In one museum, you may explore the universe, see life-size dinosaur skeletons, and go inside a human body. The centre features an IMAX theatre, Planterarium, and observatory in addition to live demonstrations. The Maryland Science Center is a must-see.

The Walters Art Museum in Baltimore is the place to go if you’re interested in ancient art. It has a sizable collection of antiquities from the Americas, Asia, and ancient Greece, Rome, and Egypt. Along with more contemporary pieces by 19th-century artists like Monet and Rousseau, it also includes artwork from mediaeval Europe, the Renaissance, and the Baroque eras.

The Baltimore Ravens, champions of two Super Bowls, play at M&T Bank Stadium. It has a vast 71,008 seating capacity and is located in Camden Yards directly across from Oriole Park. One of the most contemporary and easily accessible stadiums in the nation, the stadium was constructed in 1998. The stadium has also played host to important soccer matches, championship lacrosse games, college and high school football games, as well as performances by the biggest musical groups in the world

Another remarkable institution in the city that is open to the public is the Baltimore Art Museum. Its collection of impressionist and post impressionist artworks is extensive. The BMA houses more than 1,000 Matisse pieces in addition to works by Picasso, Degas, Renoir, and van Gogh. Along with its permanent collection, the museum also features a revolving roster of temporary exhibitions. Unmissable for art enthusiasts!

Looking for a family-friendly destination in Baltimore? Port Discovery is without a doubt it. Children are given the chance to experiment with music, dance, theatre, and art projects at the museum, which promotes learning through play. Port Discovery is the perfect place for kids of all ages because it has three floors of climbing, sports, arts & crafts, and playing equipment. When you are in Baltimore, consider going on a trip.

Consider participating in a planned pub crawl around Baltimore’s Inner Harbor to get a true sense of the city’s nightlife. Explore the city’s attractions by going to the top neighbourhood bars. Participate in beer tastings and entertaining contests. You will start at Fell’s Point and answer trivia questions while visiting the trendiest bars in the neighbourhood. Drink some beverages while learning about the area from a qualified guide. This is a fantastic way to experience Baltimore’s nightlife!

Roll the dice at Horseshoe Casino

Want to try your luck in Baltimore? Why not go to the Horseshoe and improve your chances? There are thousands of slot machines, 153 table games, a poker area, and an outdoor gaming terrace at the casino. Additionally, it offers a variety of snack bars, sophisticated and casual eateries, as well as a regular entertainment schedule that includes DJ sets every weekend. Put on your best poker face and start playing! 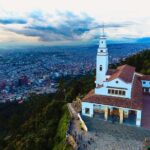 How to Prepare for a Trip to Bogota 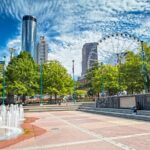 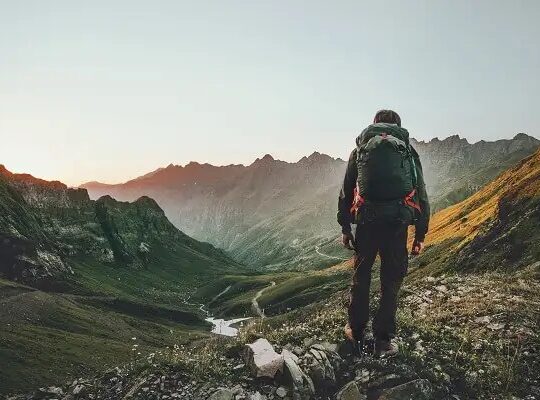 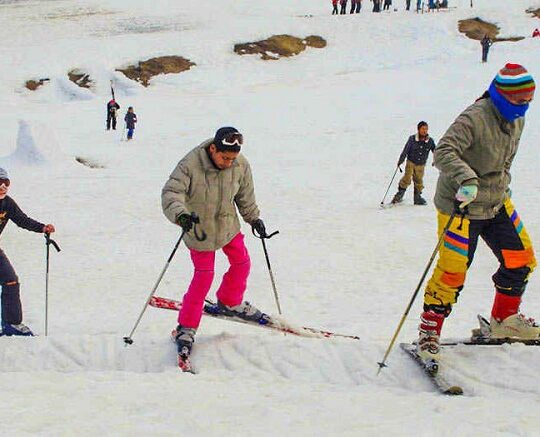 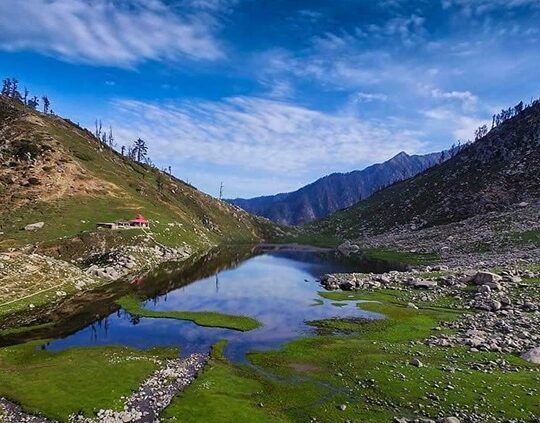 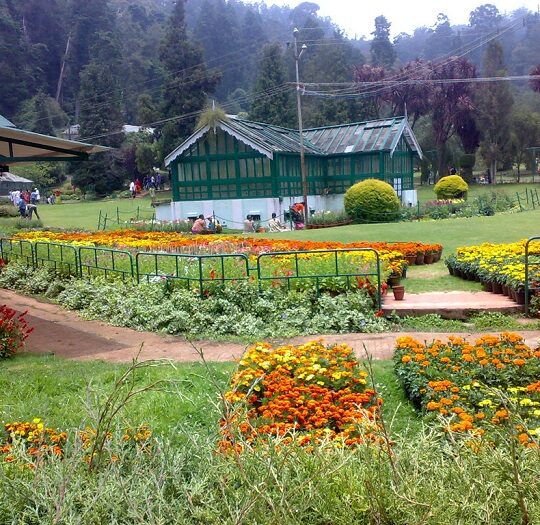 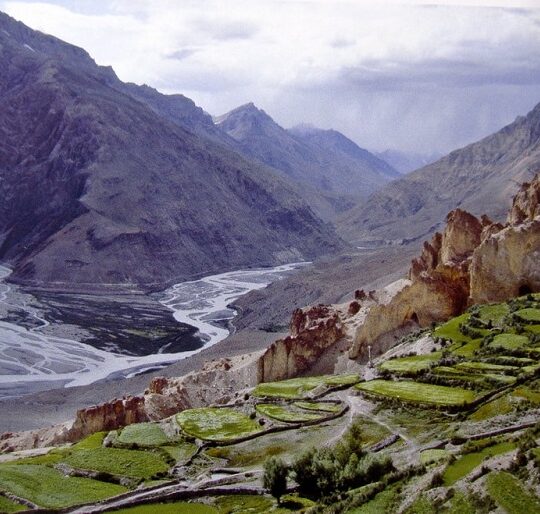